I should start with the point of where I ended up after being turned away from the USA border.

It had started to rain heavily, I found a place a few hours later by the side of a petrol station. It was a heavy metal framed gazebo that was next to a cafe. Perfect for me and the bike to shelter under for the night.

I slung up my hammock between the poles, changed out of my riding gear and Jumped inside my hammock and went to sleep. I was pretty exhausted from the ride and border crossing (or not) experience.

The next morning I was woken by the sound of noisy trucks rolling past the road. I decided to pack up and ride to Montreal! 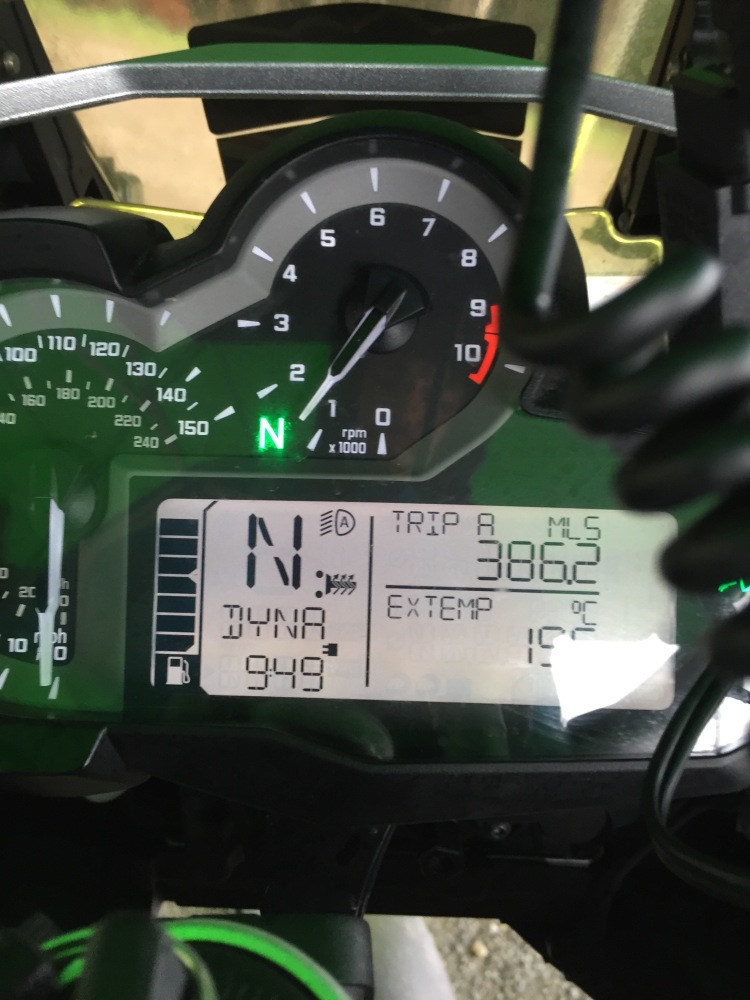 I’ve never been to Montreal so it would be a good place to see and reassess my plan of action now that the USA was not happening.

I rode all day from 9am until around 6.30pm only stopping for food and petrol.

I saw more trees than I could ever count. There must be trillions and trillions of trees in Canada!!

The roads are wide and long, so so long & the speed limit is 100kmh, it’s so slow. Could you imagine the Germans driving at 100kph? No. Nor could I. But when in Rome……you gotta do as the Romans or in this case the Canadians who are letting me ride around their country!

I was told by fellow bikers that lane splitting or going between the cars is illegal on any road at anytime, be it a highway or city centre road, which I have to say sucks, as you have to sit in traffic breathing in the exhaust fumes when you can see a perfectly clear way through the traffic. It’s something I’ve had to get my head around as in the UK it’s perfectly acceptable and legal and why most people ride a motorcycle so they don’t have to sit in traffic!! But I’m on holiday and in no rush, so let’s see!

I passed loads of Harley’s and trikes some with trailers attached some not, but only one BMW GS1200. I met the GS rider at a place I stopped at and talked to him about his ride. He was riding The Maritimes (the eastern seaboard provinces of Canada) for a few weeks by himself camping out! Really nice chap. 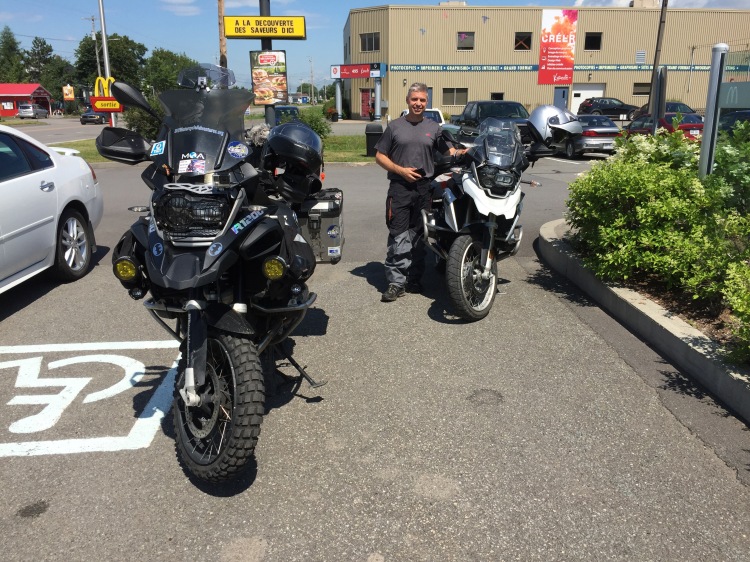 After a day of rain and extreme sunshine, eventually I saw Montreal on the horizon.

What a beautiful city!

I was lucky enough to be able to stay at a friend of a friends there in the city.

I had a ride around downtown. The pride festival was in full swing, it was hot and humid. 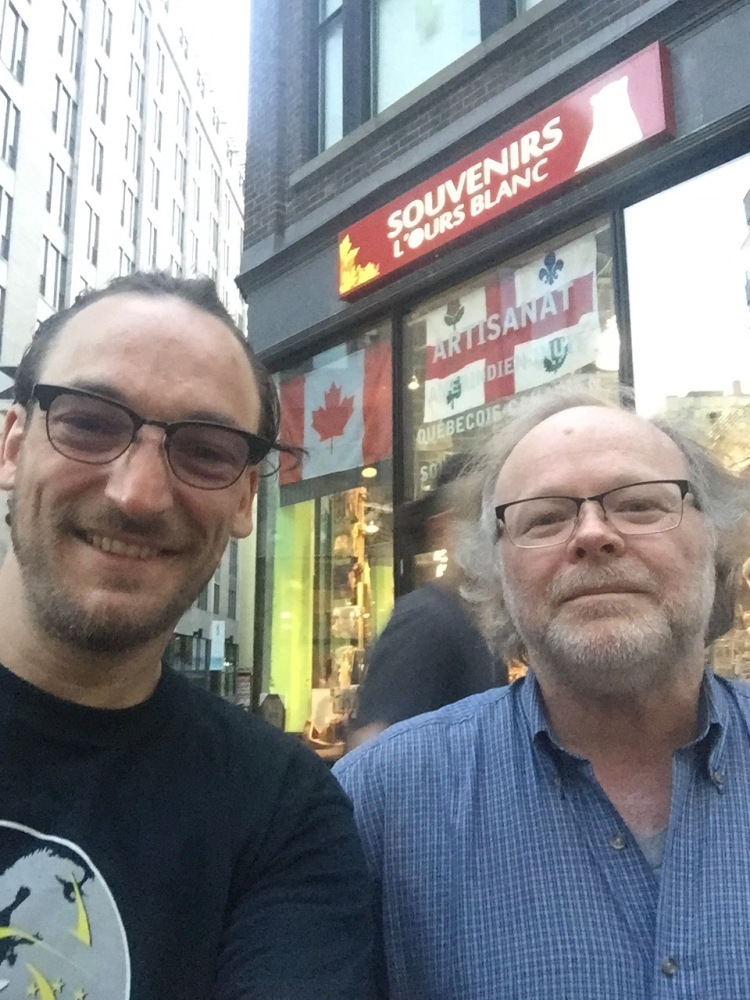 I went back to my bike and had a few folks come and say hello and ask me where I had come from which was nice.

I parked right next to a souvenir shop and the owner came out to talk to me and saw the stickers on the bike and went back inside and gave me two Montreal stickers for my panniers. How very kind of him.

I rode on to my friends friends place and was offered a shower and a sofa to sleep on for as long as I needed.

Luxury compared to the night before!
I was offered food and beer and after a while was sleeping like a baby on the sofa!

One thought on “Day 2. Houlton to Montreal”