So today I went to my secret location in the woods and started to learn how to jump the GSA! I’ve not really jumped much on the bike, a little last year in Thetford Forest with the TRF guys, that’s about it until today.

It’s a big bike to learn to jump. I started off slowly, sometimes landing it just right, other times landing it a at a bit of a steep angle, I managed a few 360° powerslides turns today which were cool to pull off, and as you’ll see I almost hit a tree but stopped in time! 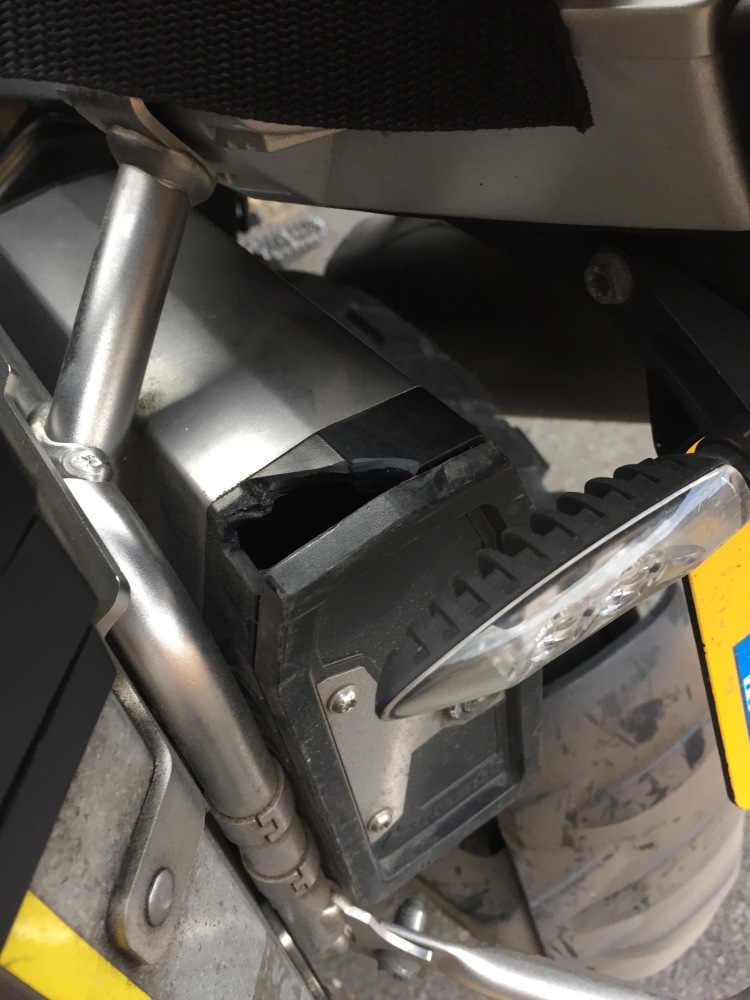 I did manage to break my touratech tool box whilst jumping though. not sure how I managed that….might have to write them a letter and see if it’s defective or not meant to be used when off road……….but I thought that’s the whole point of it………..having it with you no matter what? hmmmmmmmm.