On Thursday 3rd May I prepared my bike with new tyres, front and back and new rear brake pads and set off to Wales for the Taffy Dakar! I had been planning it for over a year now and was really looking forward to being part of the Team ADV UK with my team mates. 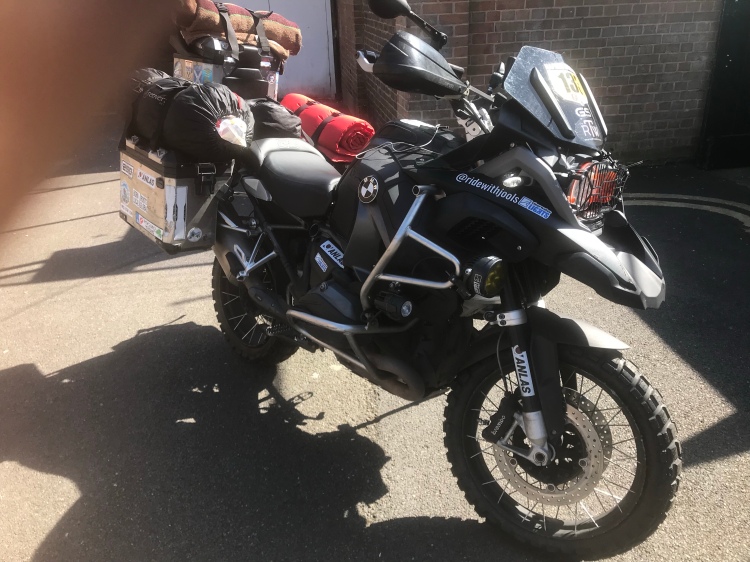 As usual I changed my own tyres and got the bike ready for the trip to Wales.

I rode from my garage in east London to Richmond where I had a meeting at work which lasted a few hours. after which a fellow work pal & I decided to ride down the M4 together as he lives in Reading and I was going Basingstoke. It was the first time we had ever ridden together in the 8 months we’ve known each other.

A few miles down the M4 in lane 3 by the Heathrow junction something catastrophic happened.

At first it felt like I had a puncture, I felt a ‘dink’ in the back wheel, and thought, oh, I’ve got a puncture, but then a second later I felt another ‘dink’ and another and another and many more in rapid succession until the rear wheel collapsed on me and I found myself struggling to control the bike and keep it in a straight line. 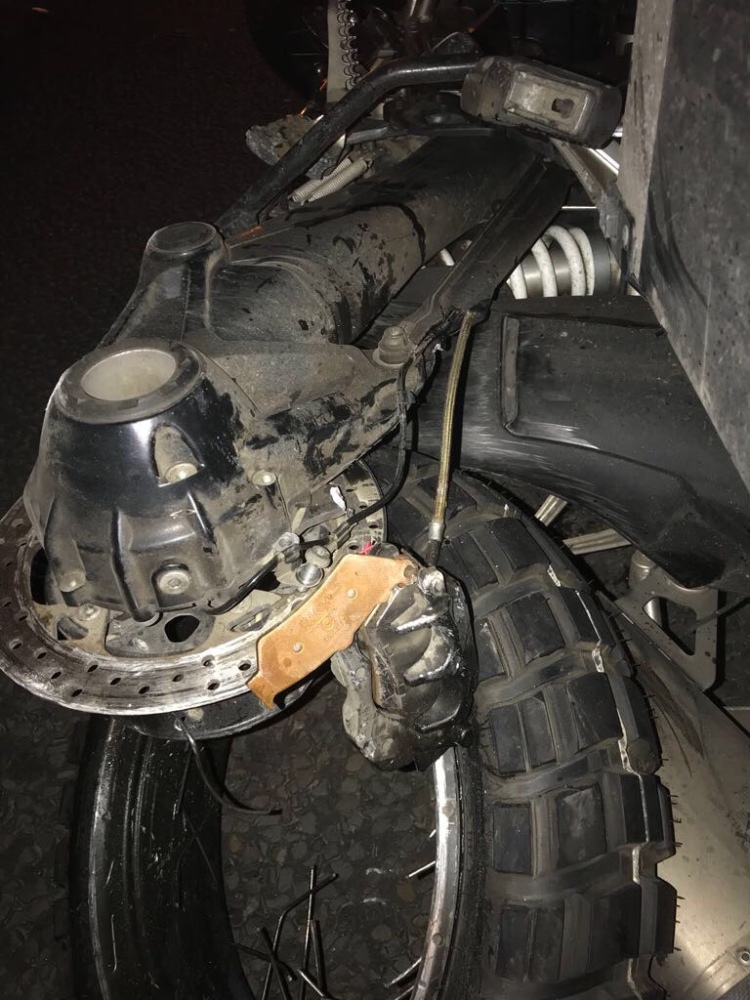 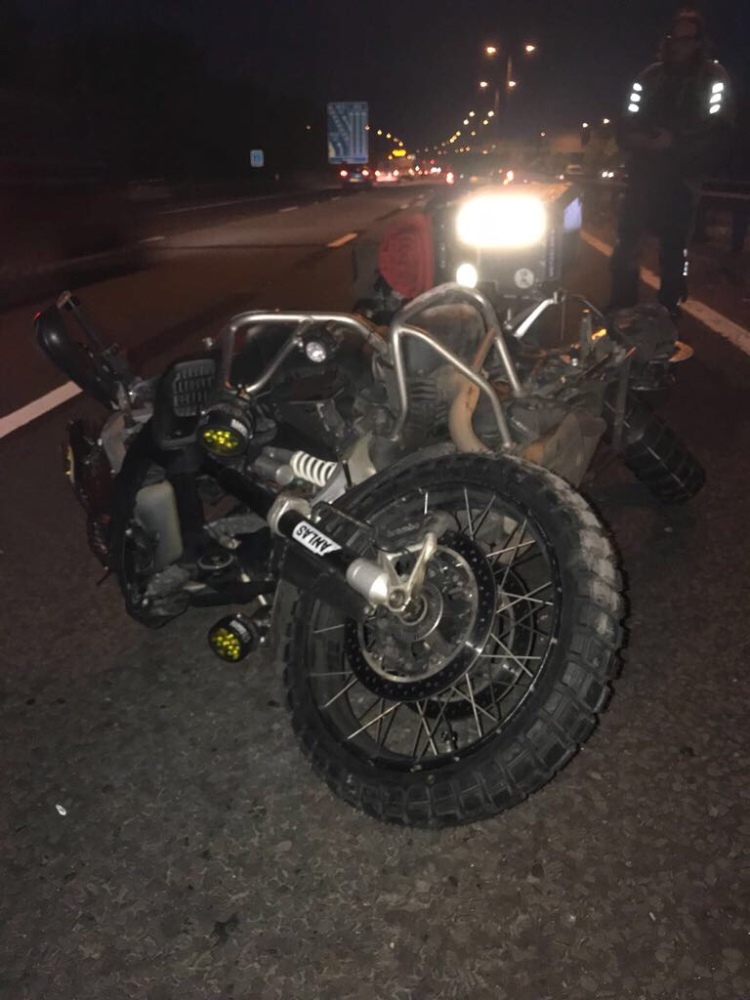 I thought to myself, this is gonna end bad. I was riding at 70 mph, running in the new tyres, I tried my best to slow the bike down and keep it straight. In my mind I was thinking wheels want to go straight when in motion, the handlebars were wobbling from side to side as the rear wheel collapsed in on itself and the hub came apart from the spokes supporting the rim.

With the weight of the panniers and my bags and tent and me the rear went down pretty quickly. I felt that if I could keep the bike straight and slow it down, then I’d have half a chance if surviving this. I did my best to wrestle the handlebars and keep it light and in a straight line, but eventually the weight of the bike on the back and the wobble and speed came to a point where the back slid around to the left and then dug in to the ground and flipped me off the bike in to the central reservation. I saw it coming and braced and hoped for the best. I hit the ground hard and fast on my left hip and shoulder and rolled into and straight under the central reservation like Indiana Jones, happy to be alive and happy to be out of the way of any oncoming traffic that was about to hit my bike. 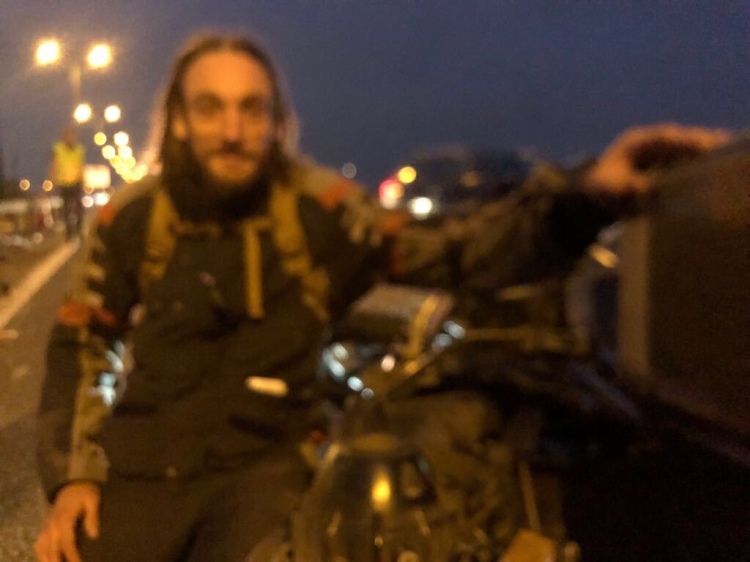 The Big Bang didn’t come. My friend Nick who was riding behind me pulled in in front of me and came running back to hear me screaming in pain. The car behind him managed to stop and divert the other traffic away from his car and my bike. We were all lucky the motorway was quiet. I was lucky I was alive. Nick was lucky he wasn’t looking at a corpse! 🙂

He arranged and ambulance for me and after a few minutes I’m aged to get up and could feel that I had not broken anything, however I was severely bruised and aches all over my left side. After a short while the police turned up who were followed by the ambulance team who helped my bike across the road and me into the ambulance to be checked over.

They very kindly waited for me to arrange Cole todos if my motorbike which Nick very kindly stayed next to it for an hour or so until the recovery arrived, whilst I was driven away. Y the amazing London ambulance service to a west London hospital to be checked over for any fractures or breaks.

They saw me after a few hours of waiting in pain. My brothers had both turned up to keep my company and check in as OK which was really really nice of them to do.

I was x-rayed and given the all clear. After which one of my brothers gave me a ride home to a nice warm bed where I spent the next day at my Mums recovering.

A day later I felt a little better and went down to the BMW dealership to take a look at my bike and borrowed and bike from them to ride to Wales to see the guys from Team ADVUK at the Taffy Dakar! 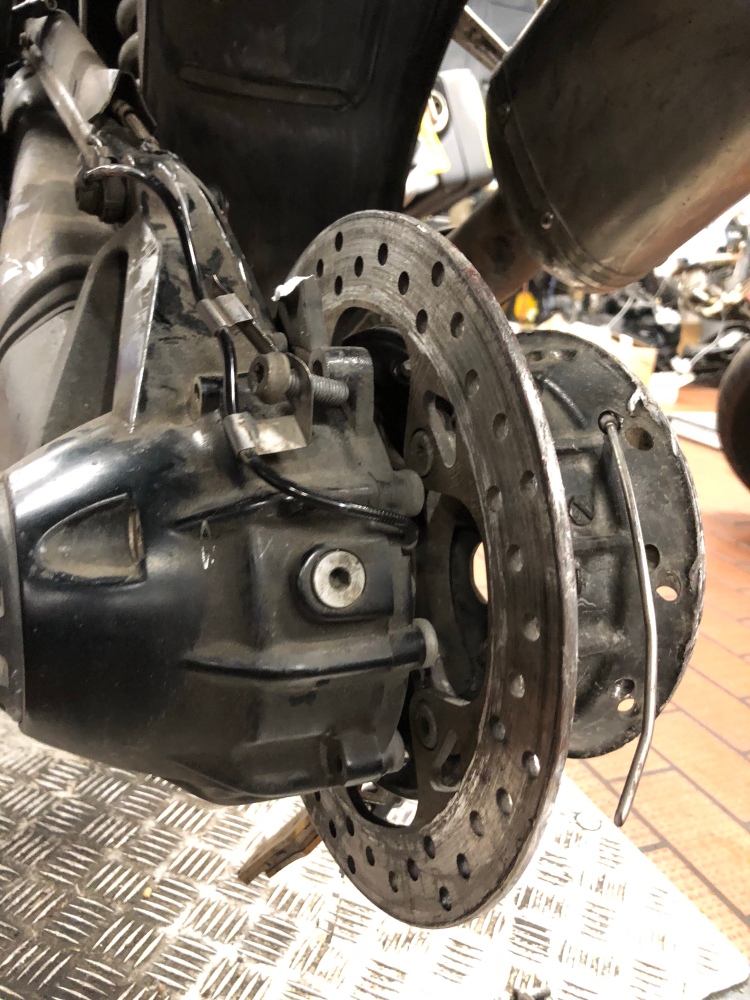 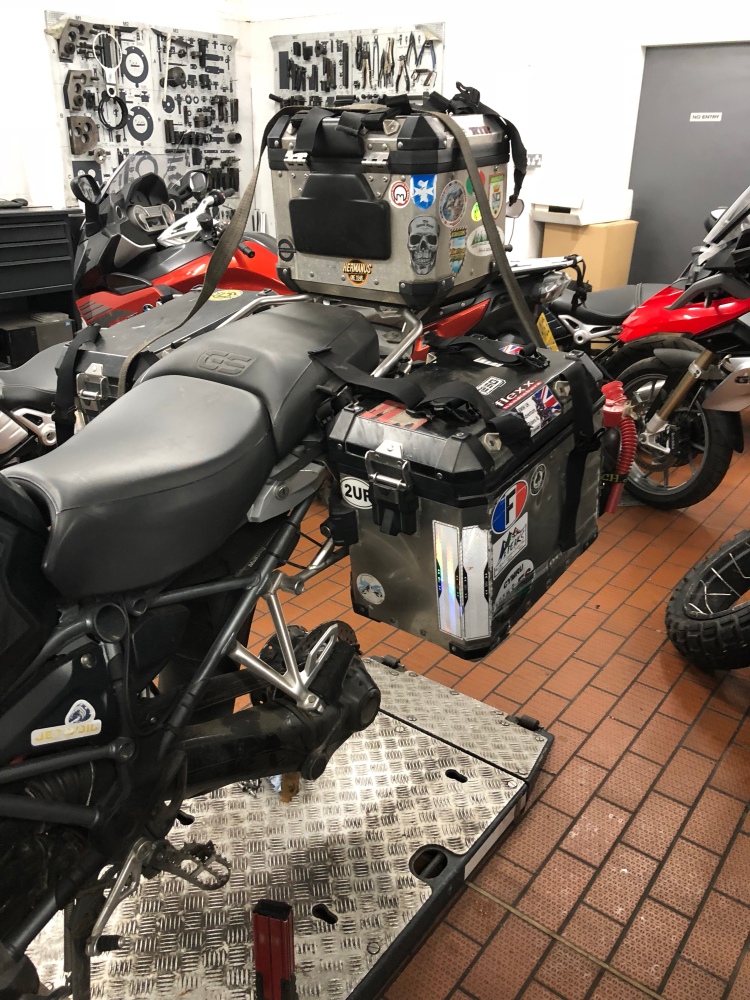 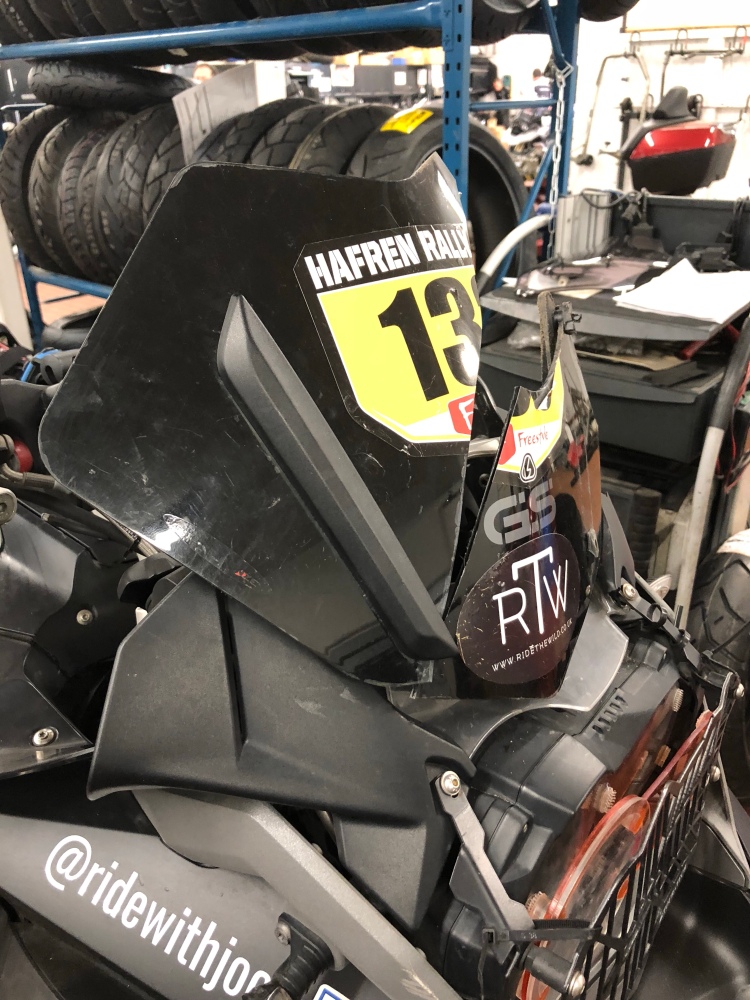 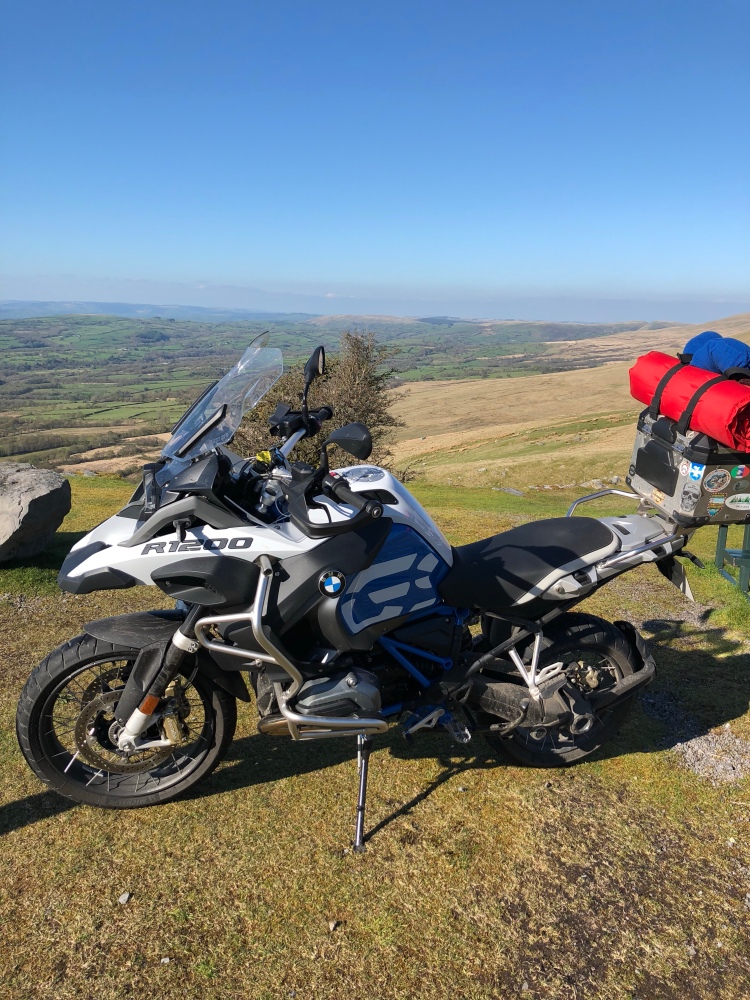 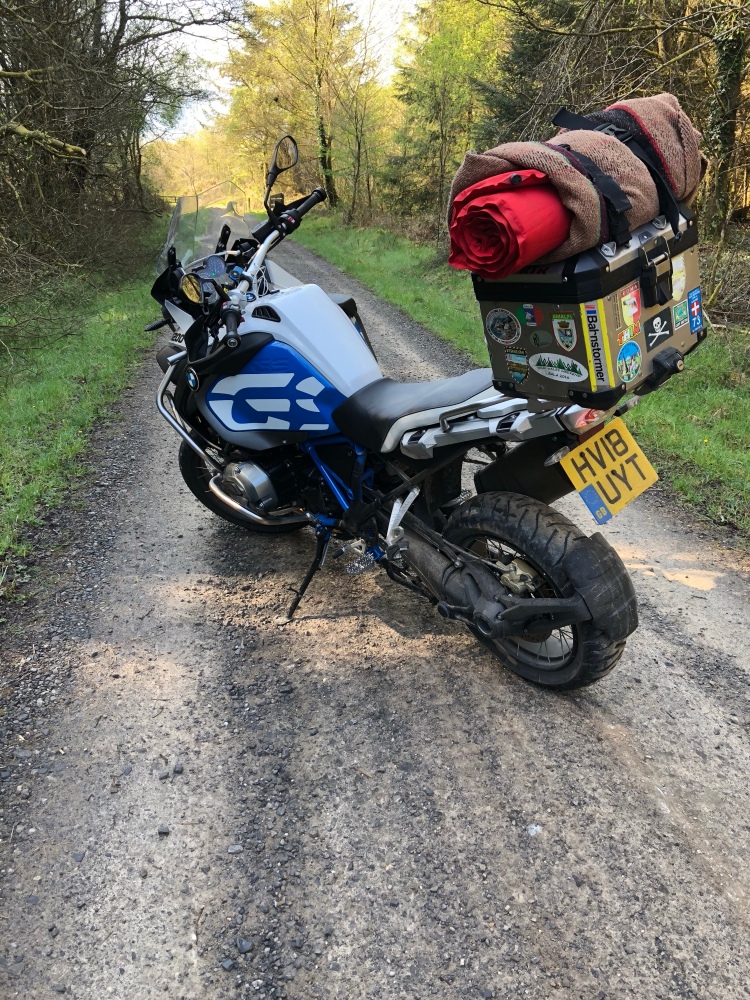 I got back home and someone had sent me pictures of a BMW GSA LC with the rear wheel looking pretty much like mine. however, this bikes rear brake caliper is still attached with both bolts.  So what caused this one to happen? 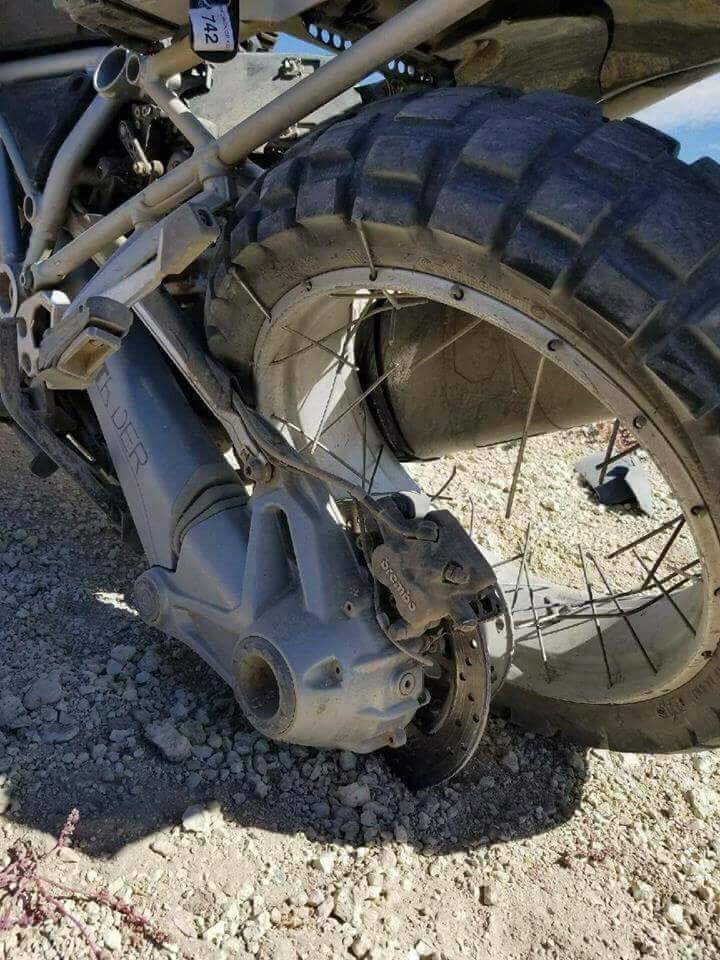 Could it be the same thing that happened to mine? Was my rear caliper ripped off by the back wheel collapsing all of it’s own?

I’m no crash investigator, but they certainly look similar, and if there are known issues with the rear wheel then surely BMW should be looking in to it?

Just like mine even the valve has been ripped off buy the force of the wheel collapsing in on itself. 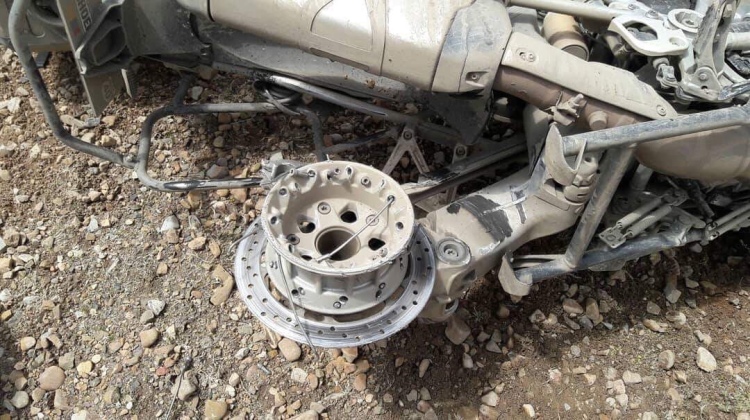 Here is another one too where the rear caliper has come loose and gone it to the spoke. this appears to be an older airhead or oil cooled model as the shaft & brake disc are on the right hand side. 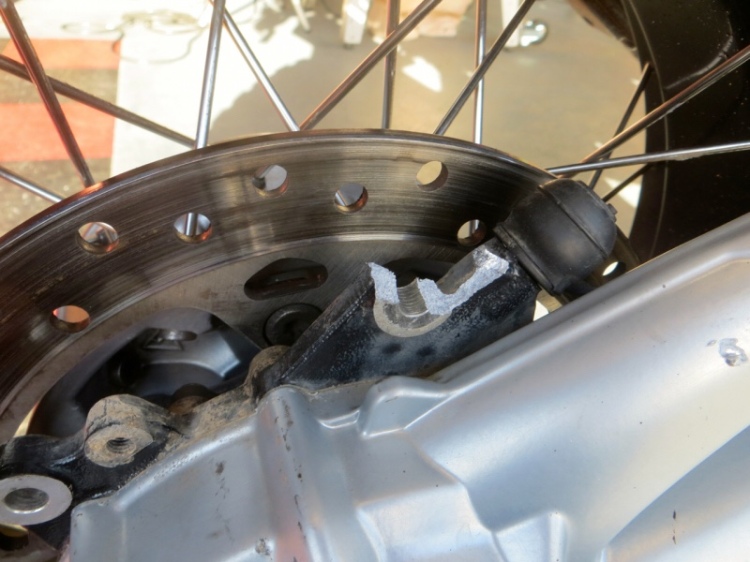 Mine happend a few thousand miles after it was replaced, none the less, it was done  at the same dealership and they ackonwledged fault for him, but not for me, as I changed my own tyres that day and brake pads and therefore “MUST HAVE TAKEN THE REAR CALIPER OFF TO DO IT”

BOLLOCKS DID I & a big FUCK YOU for not believing in the customer that has spent almost £45000 in the last three years on your bikes, let alone promoted the shit outta them on social media. 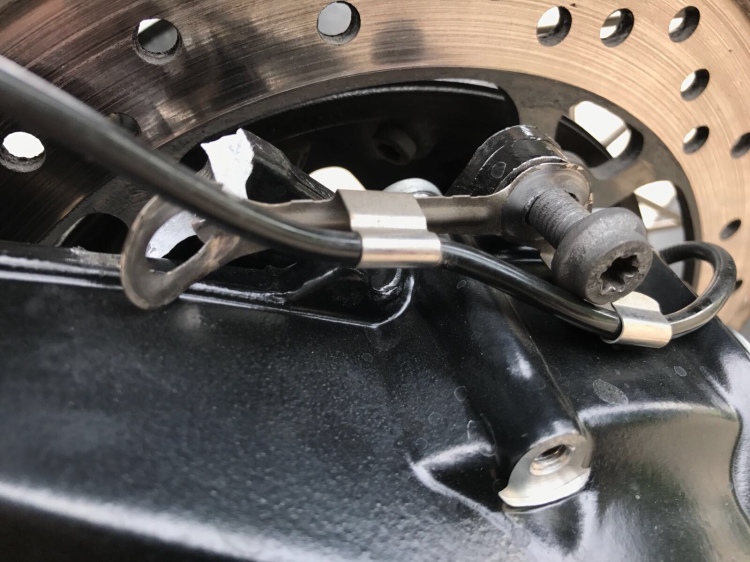 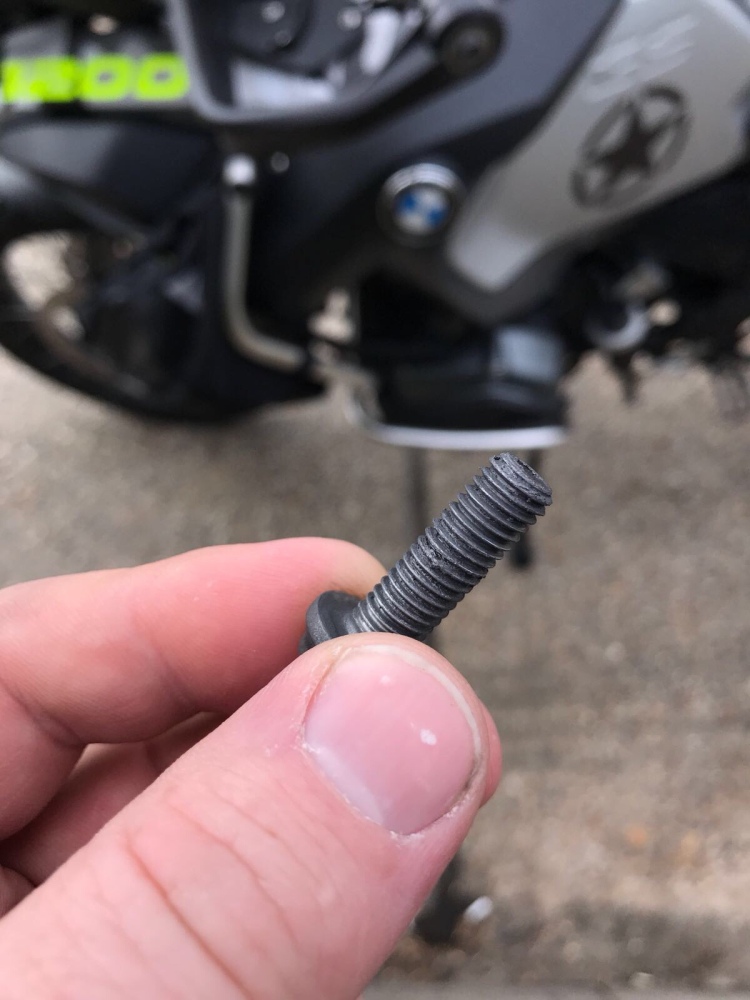 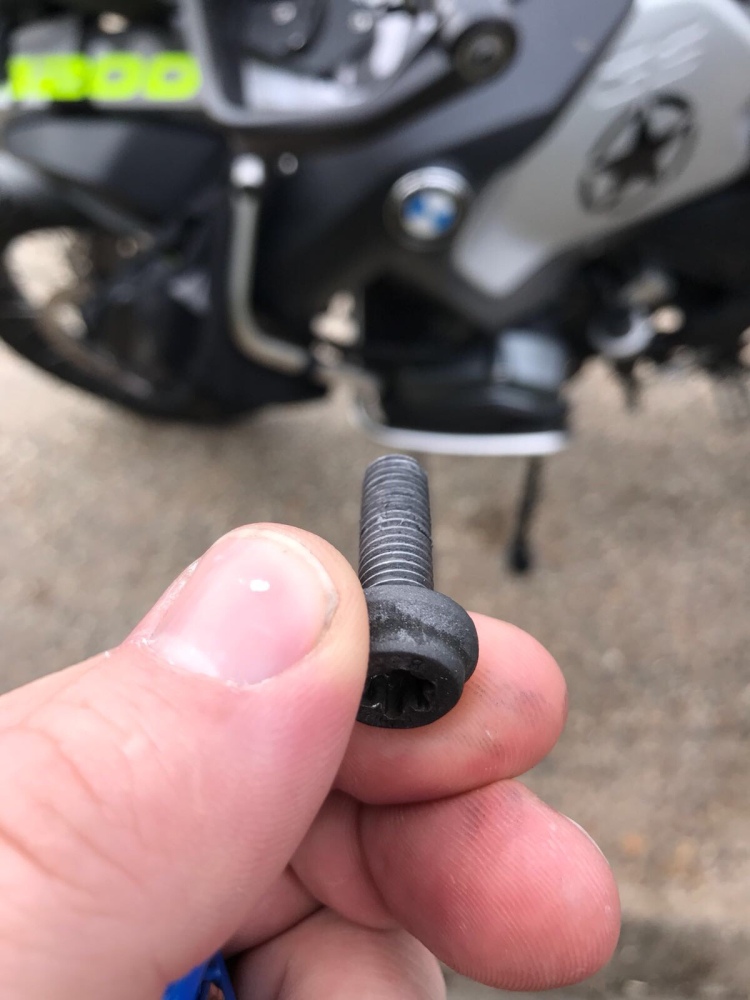 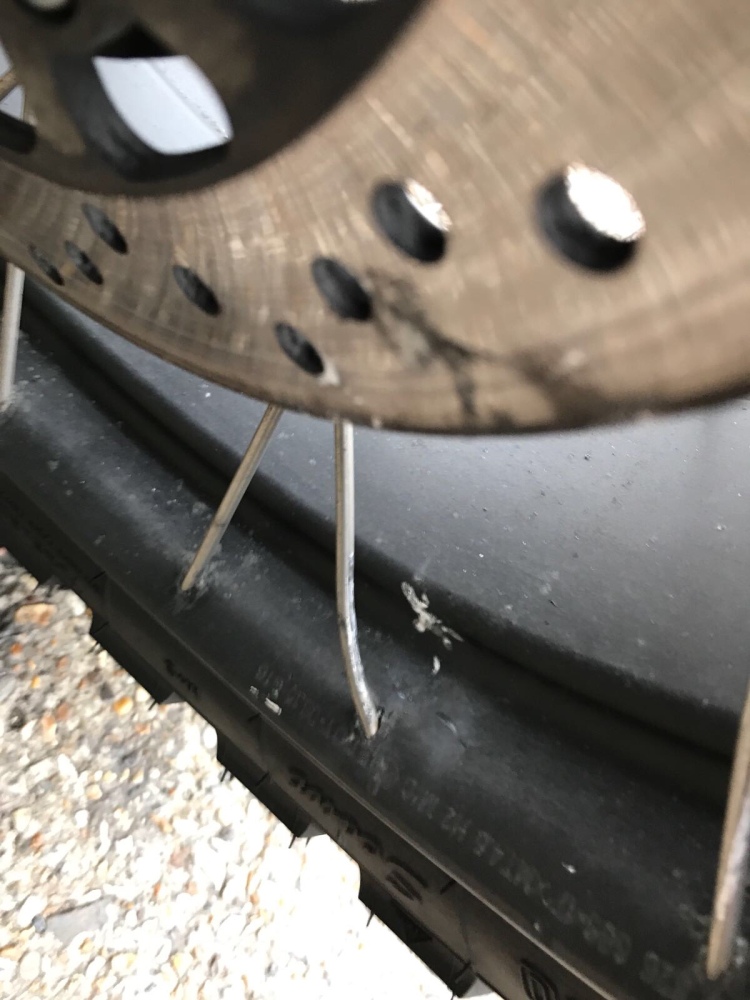 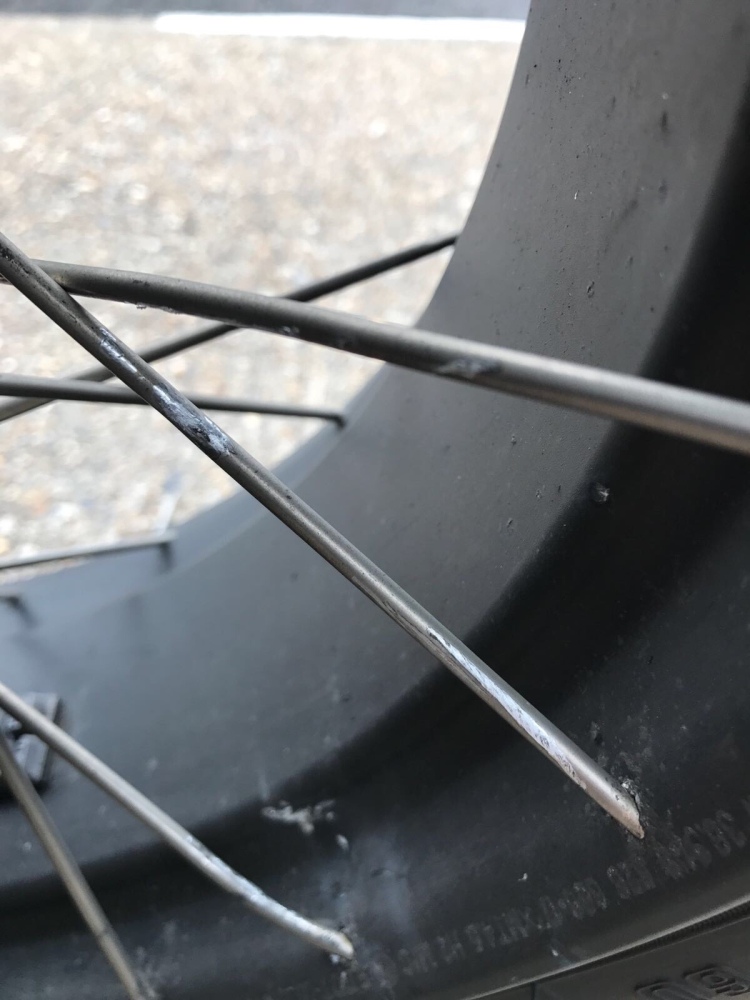 I got my bike back to my place and stripped it down of all the extra parts I had put on it before the insurance company came and took my bike away. upon inspection I found that the red wire I had put in the brake pin was still in place after the accident and that the other BMW OEM part was missing from the assembly. HHHMMMMMMM? 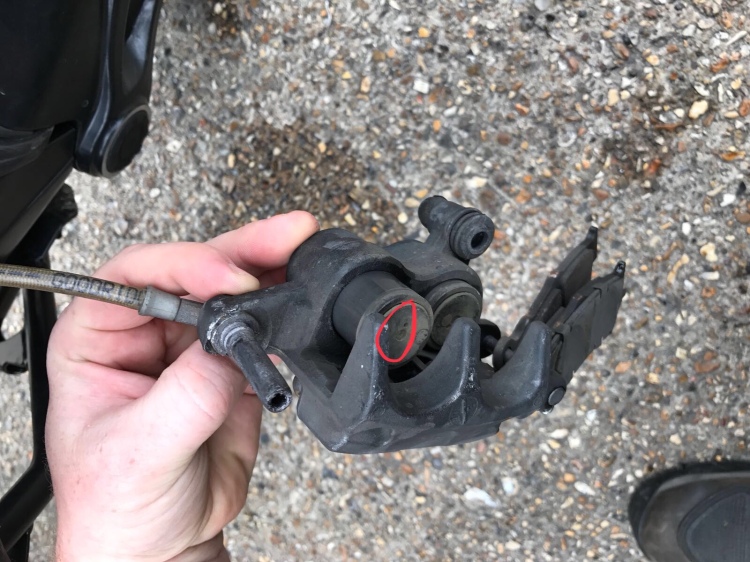 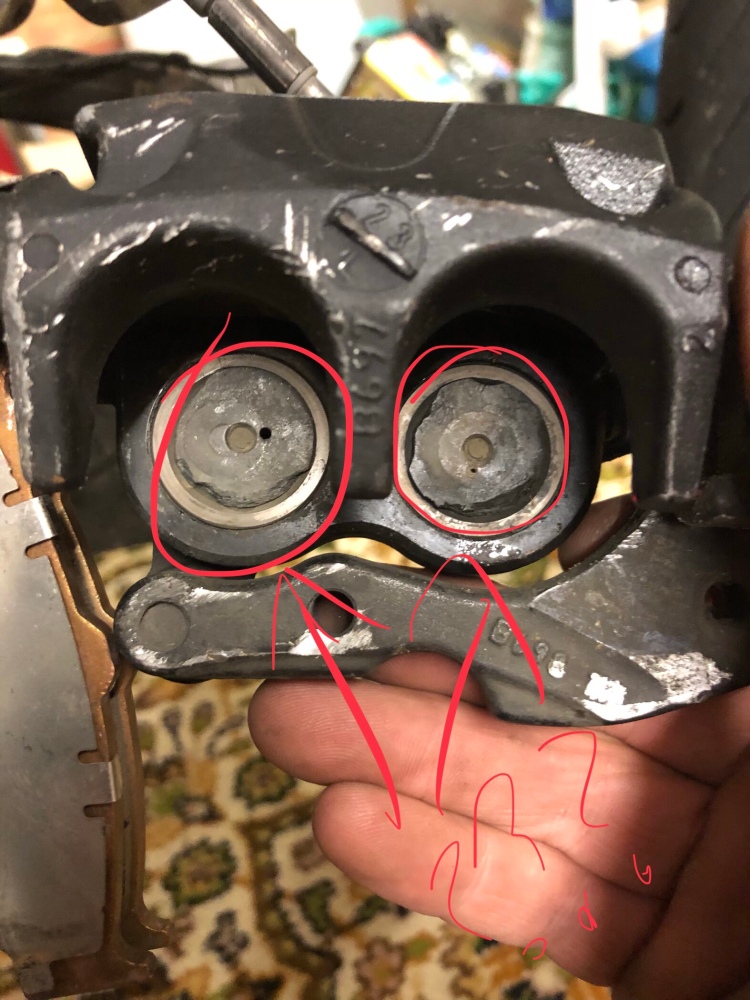 Here is a post I also saw the other day in which another rear brake calliper suffered the same fate! 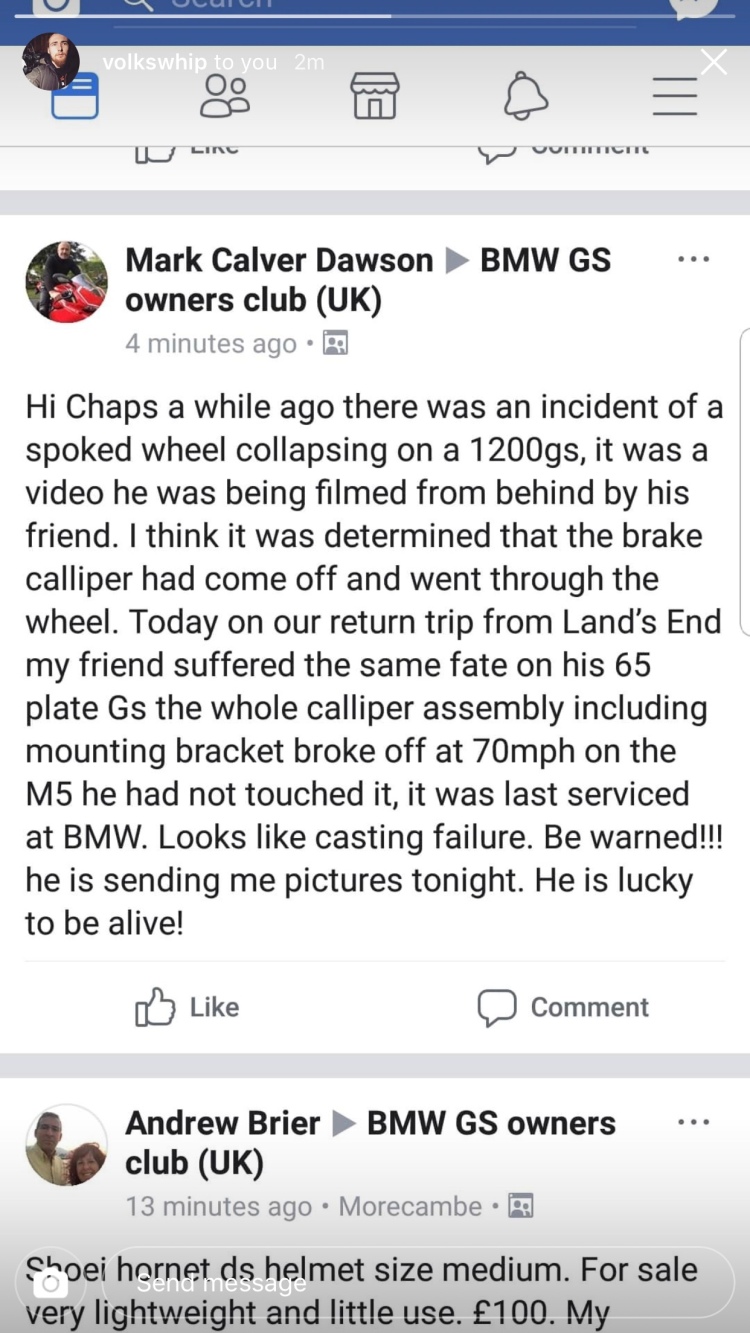 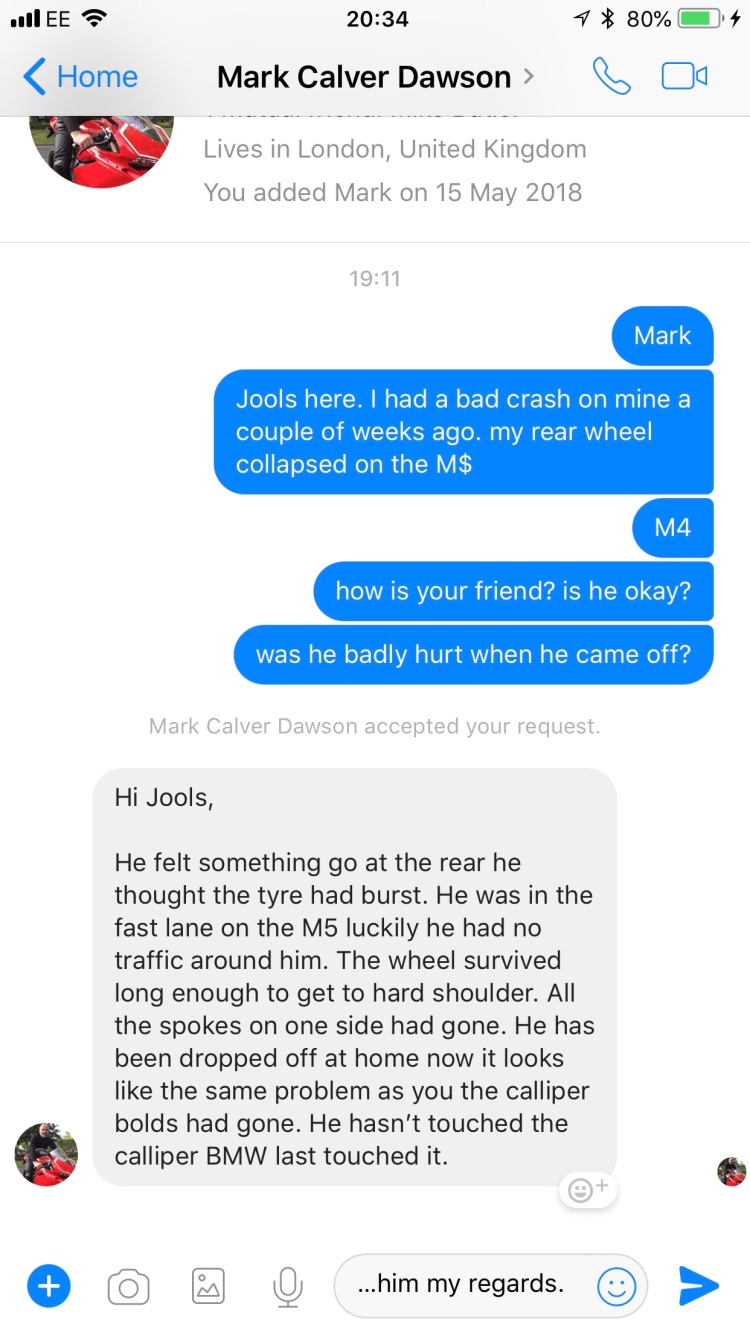